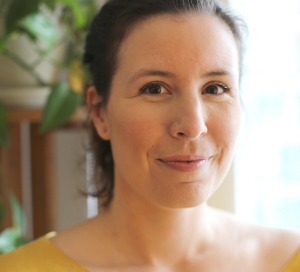 Patricia Allison is a Dora Award winning dance-theatre creator who is well- known as a choreographer, movement coach, videographer and projectionist. Patricia graduated from L’école de danse contemporaine de Montréal in 2007 and completed her MFA in Dance at York University in 2019. She specializes in working on movement theatre and on narrative based work, believing that movement and text provide the perfect balance to communicate story. She co-won the Dora for Best Director in Independent Theatre in 2018 for a physical theatre piece she co-created with Jill Harper entitled Pool (No Water). She is Toronto based but has had the privilege of creating and performing across Canada. She produces original work and dance films under her own company named LastName FirstName Productions. Patricia identifies as a feminist, queer, disabled artist and leans towards productions being created within these ideologies. She is a vocal advocate for integration of people with disabilities as she herself is an artist living with Multiple Sclerosis and has faced a variety of physical and cognitive challenges that come with this disease. She has been featured in publications such as Canadian magazine The Dance Current, the Toronto based online magazine Intermission and the Vancouver based print magazine Dance International. Selected credits: critically acclaimed short film Grey Matter 2018 (creator), A Midsummer’s Night Dream directed by Megan Watson for Shakespeare in the Ruff 2017 (choreographer), critically acclaimed Pool (No Water) – co-directed by Jill Harper for Cue6 Theatre (receiving two Doras for Best Direction and Best Ensemble) 2017, Dagger – a solo performed by Jamee Valin inspired by Shakespeare’s Macbeth for New Blue Dance Festival 2017 (creator), Far Away by Caryl Churchill directed by Megan Watson 2013.

Copyright © 2018, wind in the leaves collective. All rights reserved.

Project sponsors past and present: